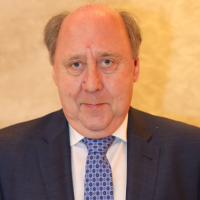 Cor Claeys is Professor at the KU Leuven (Belgium) since 1990. He was with imec, Leuven, Belgium from 1984 till 2016. His main interests are semiconductor technology, device physics, low frequency noise phenomena, radiation effects and defect engineering. He co-edited books on "Low Temperature Electronics" and "Germanium-Based Technologies: From Materials to Devices" and wrote monographs on "Radiation Effects in Advanced Semiconductor Materials and Devices", "Fundamental and Technological Aspects of Extended Defects in Germanium" and "Random Telegraph Signals in Semiconductor Devices". Two books are translated in Chinese. He (co)authored 14 book chapters, over 1100 conference presentations and more than 1300 technical papers. He is editor/co-editor of 60 Conference Proceedings. Prof. Claeys is a Fellow of the Electrochemical Society and of IEEE. He was Founder of the IEEE Electron Devices Benelux Chapter, Chair of the IEEE Benelux Section, elected Board of Governors Member and EDS Vice President for Chapters and Regions. He was EDS President in 2008-2009 and Division Director on the IEEE Board of Directors in 2012-2013. He is a recipient of the IEEE Third Millennium Medal and received the IEEE EDS Distinguished Service Award. Within the Electrochemical Society, he was Chair of the Electronics & Photonics Division (2001-2003) . In 2004, he received the Electronics & Photonics Division Award. In 2016 he received the Semi China Special Recognition Award for outstanding involvement in the China Semiconductor Technology International Conference (CSTIC).